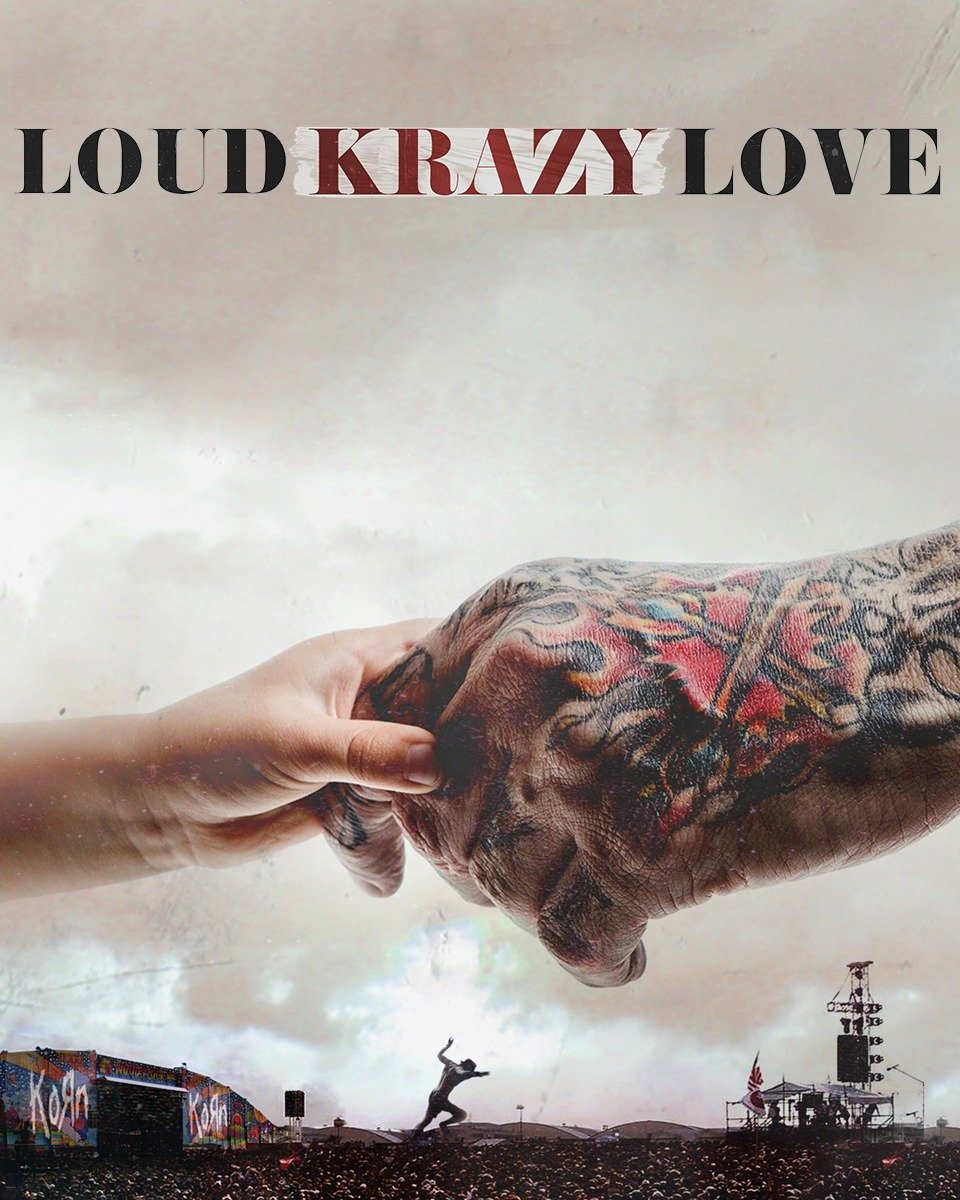 “Loud Krazy Love” takes a rollercoaster ride through the ups, downs, and nightmares Brian “Head” Welch and his daughter, Jennea, endured over the past 20 years. This documentary takes a gut wreching look at how being a rock star took its toll on not just the musician, but his family and his band.

In 2005, the metal industry shook as founding member of Korn, Brian “Head” Welch, announced he was quitting the band.   Seeking a path to lead him away from his addictions and towards a better existence for his daughter Jennea, Welch chose to detox on his own and found God.

“Loud Krazy Love” takes viewers on a journey of self-realization with the Welch family.  Interviews with Brian and Jennea are interspersed with input from Brian’s parents, members of Korn, and the Christian-based foundation Awakening Youth.

It is apparent from the very beginning that Jennea is Welch’s entire world.  The love that he displays for her shows the true beauty of a father-daughter relationship.  Quickly videos are shown of just how “over the moon” he is with his new baby girl.

As the documentary continues, the audience is privy to home footage and private insights into the Welch family dynamics.  Welch struggled with alcohol and meth addictions, as well as his wife.  In a moment of blind rage, the pair physically fought in front of their daughter.  Welch reveals that while he was on tour with Korn (now at the pinnacle of their career), his then wife had multiple men and drugs in the house with his young daughter.  The documentary then explores the difficulties Welch faced removing his daughter from her mother’s household and taking her on the road.

In a moment of total vulnerability, Welch discusses his choice to send his teenage daughter to Awakening Youth.  He divulges that this choice was made out of fear and love for his daughter.  He began to recognize his same destructive habits appearing in his daughter.  Both Jennea and Welch take a moment to reflect on this difficult decision.

Overall, I highly recommend this documentary.  (Just be sure to have some tissues handy.  I cried a few times.) . It is well done, thought-provoking, and shows a side of human vulnerability that so few of us are willing to acknowledge.