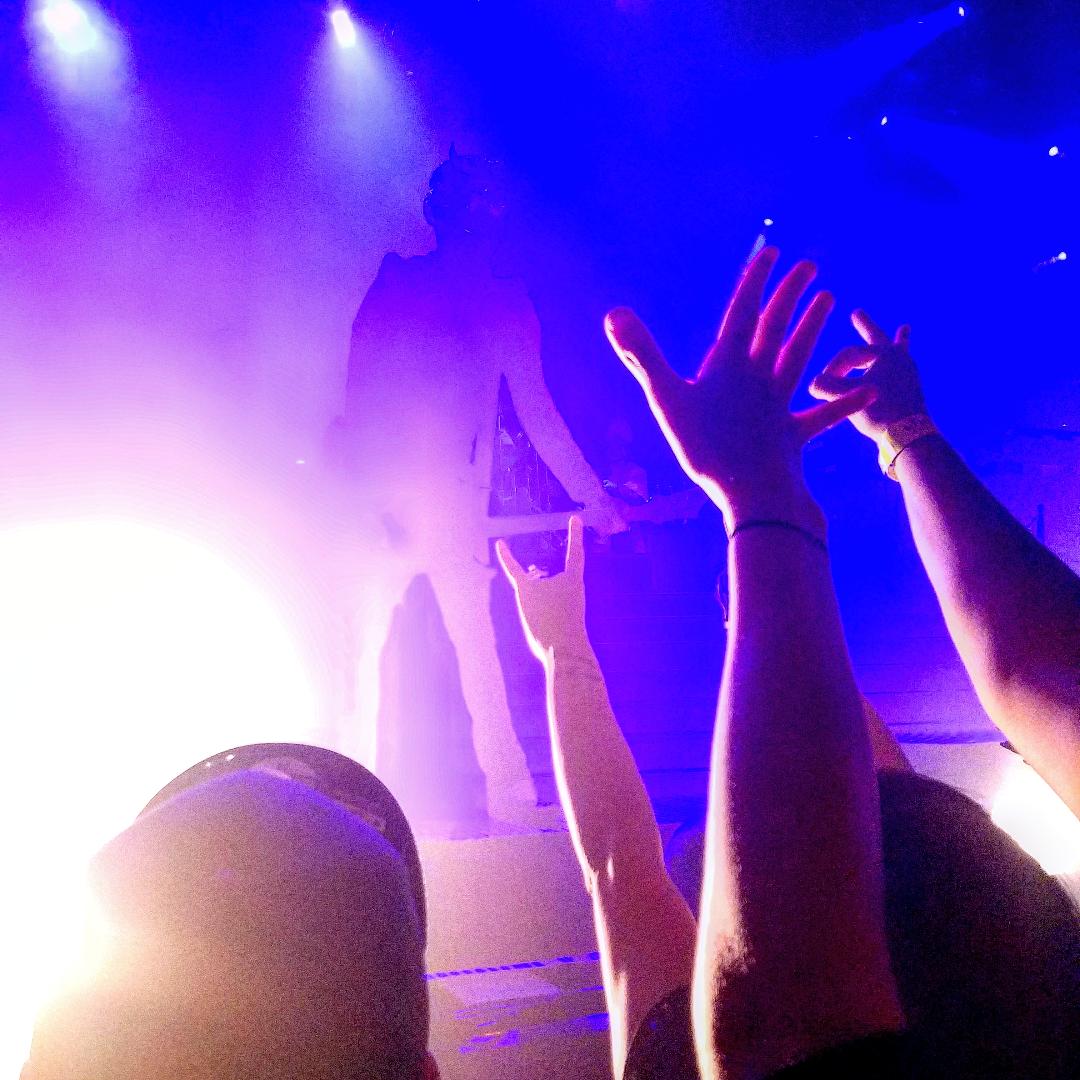 *Disclaimer:  Please do not read this review if you do not want to know the name of the “Band Director.”

I happened to receive an email from Loma Vista allowing me to download Prequelle 10 hours early and I  was NOT emotionally prepared for what was about to happen.

You can say what you want about Tobias Forge– psychopath, megalomaniac, sociopath– I don’t care.  But what you cannot deny is that beyond who he is in his personal life, he is truly a gifted musician and song-writer.

The nostalgic flare in Prequelle easily makes this my favorite Ghost album.  Sure it may not be as “heavy” or “Satanic” as some people would hope for, but the evolution of the music is arguably amazing.  For anyone who grew up in or lived through the 80s, it is easily noticeable where the inspiration music wise came from.  This album has nods to Queen, Foreigner, Styx, The Moody Blues, and more.  (Thankfully, my parents raised me on 70s and 80s rock.)

“Faith”– Perhaps the heaviest song on the album, the bass is exceptionally captivating.  With crashing cymbals in the background, Cardinal Copia sings “I am all eyes/I am all ears/I am the wall/And I’m watching you fall.”  A witty barb to certain former nameless ghouls who have wronged Forge, it is apparent that he is not trading insults via the internet.  He’s using his gift of language and song to remind his former bandmates where he stands.  At 2:48, Forge channels Mary Goore reminding his fans that he was the singer for the black metal band Repugnant at one point in his life.

“See the Light”–This power ballad seems to be the most direct insult to the former ghouls.  With a definite Foreigner feel to it, Forge takes shot after shot at the situations he has faced in the past.  The chorus repeats “Every day/ That you feed me with hate/ I  grow stronger/ Drink me/Eat me/ Then you’ll see the light.”  Recent court documents prove that Forge has been operating this venture at a loss until the end of the Popestar tour (after his former employees and friends sued him for “wages owed.”)

“Pro Memoria”– Ghost’s nod to Queen, the song features a strong orchestral introduction before reminding everyone that death comes for us all.  The heavy piano work within the song creates a very nice ballad.  This song is definitely lighter-worthy in concert.

“Helvetesfonster”– This song gives me major Moody Blues feels.  The instrumental is is amazing orchestral in nature.  With this song, I can easily picture the band performing with a full symphonic orchestra behind them.  From the flute to the acoustic guitar, the evolution of Ghost’s instrumental work continues to evolve.

“It’s a Sin”– I have always been a fan of Ghost’s covers.  Forge always manages to pick songs that thematically fit with his vision.  Then he arranges them musically to fit his style.  “It’s a Sin” is so well produced that it becomes easy to forget it was originally recored by Pet Shop Boys.

Overall, I have to say I am thoroughly impressed with Prequelle.  The first full album without any influence from former Nameless Ghouls, Forge shows that he is able to stand on his own two feet.