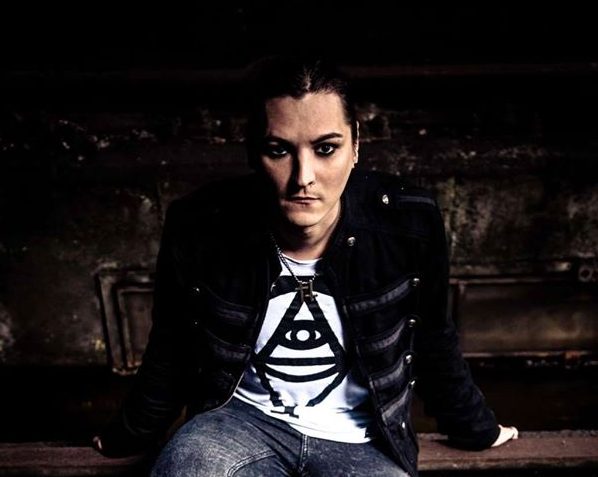 Hailing from Germany, Florian Grey has a storied history in music–  from fronting Eves End to singing back up for Tarja Turunen to his own project now, he has musical background into a strong foundation of what is to come.  Grey is a uniquely gifted singer and songwriter.  According to his biography, Grey has manipulated rock, gothic rock, and pop into his own brand “symphonic dark rock/pop.”
As an educated baritone singer, it is easy to draw comparisons between Florian Grey and Ville Valo of HIM; however, for this fan that is where the similarity stops.  While Valo has a nice deep voice, there is a breathiness to Grey’s voice that adds a greater sense of emotion to his work.

Ritus, the follow up to 2015’s Gone, shows the true depth that Grey has as a writer and singer.  While Gone was much more symphonic in nature and featured several spoken word tracks, Grey takes a surprising turn with Ritus. With the addition of a full band behind him, Grey is able to truly explore his vision and vocal range.  Though “In the End” on Gone was undoubtedly his strongest song in terms of vocal ability, every song on Ritus gives him the chance to prove who he is.

“My Babylon,” the first single from the new album, definitely proves that Grey is not here to play.  He is here to make a statement with his music.  His ballad “Glimmer (Save Me)” moved me to tears the first time I heard it.  It is the one song that helps to link Gone to Ritus.  The strongest and most powerful track on Ritus is “Catharsis (Closing Ceremony).”  The 6+ minute song is powerfully emotional and melodic in nature.  Grey allows his voice to gently carry you away.
Overall Rating: . 4.5 out of 5 stars.  This album is definitely worth a listen.
To learn more about Florian Greay, visit his webpage for more information :http://www.florian-grey.com/
You can also follow Florian Grey on:
Twitter
Instagram
Facebook
Facebook Group